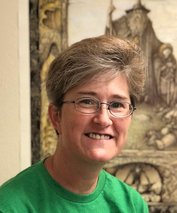 Writing in the Biological Sciences 5012

Antibiotic resistance carried by pathogenic organisms is a growing concern in human and veterinary medicine. It has been established that migratory birds, such as seagulls, have the capacity to pick up antibiotic resistance genes, transport them over long distances, and introduce those genes to local bird populations. However, the extent to which this happens remains largely unknown. Most studies of antibiotic resistance in birds involve single-point collections (a number of birds are sampled in a single sampling), but this is not necessarily indicative of how or to what extent resistance varies over time as migrants enter and leave a given locality.

To probe the relationship between resistance and migration across time, my lab engaged in a year-long collection effort to amass a large number of samples to analyze. We chose to focus on a resident bird population, specifically the Canada Goose population living in the vicinity of Sikes Lake on the MSU campus. Since most resistance appears to be perpetuated by bacteria living in the gut, we obtained presumptive Escherichia coli isolates from bird fecal samples collected each month for a full year. We currently have a bank of 272 isolates to screen for the presence of resistance genes. Additionally, we hypothesis that there is likely a correlation between increased genetic diversity among gut flora and the presence of resistance. If migrant seagulls bring in resistance genes and transfer them to the geese, then other genes will transfer as well leading to an increase in the genetic diversity of the E. coli isolates, especially when the seagulls are present in the fall and winter. To assess diversity, we will look at metabolic diversity patterns (what the bacteria can eat, essentially), variations in protein expression (through the analysis of soluble whole protein by SDS-PAGE electrophoresis), PCR patterns of small nuclear polymorphisms (SNPs) using REP and ERIC PCR, and identification of pathotype (whether the E. coli is normal flora or one of several pathogenic E. coli) using multi-plex PCR. This is a large and ongoing research project open to student participation.

I am currently working on a book manuscript that reexamines the Philadelphia yellow fever epidemic of 1793. Originally interested in how yellow fever epidemics and perception of the disease influenced the design of quarantine law in the United States, I have shifted focus to examining the immunological basis for disease disparity; specifically, looking at the question of why some people die of yellow fever and some do not. This question for yellow fever overlaps with the SARS pandemic in that the same question can be asked of SARS-CoV-2. Yellow fever and SARS both are tied to human haplotype distributions within the OAS/RNase L innate immunity pathway; some haplotypes increase or decrease oneâ€™s risk of dying of disease. Many other elements of the 1793 epidemic overlap with today as well, including misinformation campaigns and argument among medical professionals and institutions.

The Reverend Cotton Mather and Variolation for Smallpox

A third project I have ongoing is an examination of the Rev. Cotton Matherâ€™s influence on smallpox inoculation and vaccination laws in colonial America, and how the 1721 smallpox inoculation controversy reverberates today with anti-vax sentiment. The one and only federal vaccination law was passed and repealed in 1820. Because there is no federal vaccination law, SARS vaccine mandates are almost impossible to do. I am interested in probing Matherâ€™s thinking on inoculation, the controversy he engendered, and how anti-vax arguments then parallel those that circulate now.

Amy Arceneaux, Teresa Vu, Elizabeth Machunis-Masuoka. (2020) Antibiotic Resistance Correlates with Higher Levels of Genetic Diversity in E. coli Isolates Obtained from Migratory and Resident Bird Populations Associated with a Small Community Lake. American Society for Microbiology Texas Branch Meeting. (Cancelled due to the SARS-CoV-2 pandemic, but the abstract was accepted and they would have presented a poster at the meeting.)

MY WORK IN PREPARATION (NOT STUDENT ASSOCIATED)

Elizabeth A. Machunis-Masuoka. â€™The Hundred Tongues of Rumourâ€™: Concepts of Racial Immunity and Resistance in the Historiography of Yellow Fever (book manuscript based off of my MA thesis and subsequent in silico genetic research into yellow fever; work is slow because I am usually on overload)

MY PAST CONFERENCE PAPERS (NOT STUDENT ASSOCIATED)