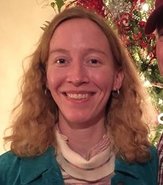 Whitney Snow, Associate Professor, specializes in the Twentieth-Century South. Her main interests are agricultural, environmental, and labor history although she does have a penchant for pop culture. After earning her Bachelor of Arts degree and Master of Arts degree from the University of Alabama in Huntsville, she received her doctorate from Mississippi State University. Her work has appeared in peer-reviewed journals ranging from the Alabama Review and the Southwestern Historical Quarterly to Textile: The Journal of Cloth and Culture and Forests, Trees and Livelihoods. She is the author of the book Cathedral Caverns (Arcadia, 2017) and co-author of both Lake Guntersville (Arcadia, 2018) and Guntersville (Arcadia, 2021). She is the editor of The Civil War Diaries of Cassie Fennell: A Young Confederate Woman in North Alabama, 1859-1865 (University of Tennessee Press, 2020) and Alabama Bill and the Bowery (Sunbury, 2020). She is currently editing the World War II diaries of Alabama sailor Carlos Jackson McGowin.

" 'They Can All Go to the Devil': Frank James and the Shaping of James Brothers' Mythology in Huntsville, Alabama," 11th Biennial Conference of the International Association for Robin Hood Studies, Montgomery, AL, June 16-17, 2017.

"The Empress Tree: Paulownia tomentosa and its Transition from Blessing to Bane over the course of the Twentieth Century," Phi Alpha Theta Biennial, Albuquerque, NM, January 2-5, 2014.

"The Quest for a Domestic Tung Oil Industry, 1902-1945: Early Motivations, Obstacles, and the Impact of World War II," The Center for the History of Agriculture, Science, and the Environment in the South (CHASES): The Experiment Station Forum, Mississippi State University, Starkville, MS, February 3, 2012.

"Along the Flint River: The Early Mills of Madison County," University of Alabama in Birmingham History Forum, Birmingham, AL, March 5, 2011.

"This Class was Crazy: Digital Liberal Arts and the Power of a Consortium," 131st Annual Meeting of the American Historical Association, Denver, CO, January 5-8, 2017.

Review of Country of the Cursed and the Driven: Slavery and the Texas Borderlands by Paul Barba. Kansas History (forthcoming).

Review of History of the Ozarks, Volume 3: The Ozarkers by Bruce Blevins. Journal of Southern History (forthcoming).

Review of The Georgia Peach: Culture, Agriculture, and Environment in the American South by William Thomas Okie. Journal of Southern History 84, no. 2 (May 2018): 488-489.

"Cherishing Wilderness? The Toll of Tourism on The Great Smoky Mountains National Park" [1000-word essay]. In Earth's Landscape: An Encyclopedia of the World's Geographic Features edited by Joyce Quinn. ABC-CLIO, 2015.

"The Quest for the Tomb of Tutankhamun." Journal of Graduate and Undergraduate Research in History [The University of Alabama in Huntsville] x (2006): 221-238.