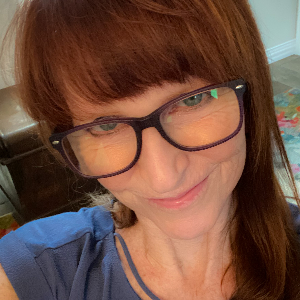 I have been a registered nurse for over 40 years and a family nurse practitioner for over 25 years. My experience as a registered nurse is broad with a focus on critical care and psychiatric nursing. As a family nurse practitioner, I worked for the Department of State Health Services (DSHS) of Texas in a psychiatric facility, providing medical care to patients of all ages 4 years old and up. I also served as the interim nurse executive at North Texas State Hospital shortly after the merger of the Vernon and Wichita Falls facilities.

I found my way to academia in 2001, first as an adjunct professor, then as a full-time assistant professor in 2005. After earning my doctorate in nursing practice, I pursued and was granted tenure and promotion to associate professor in 2012. I continued to maintain a part time clinical practice in a busy family practice clinic. I have also had the opportunity to volunteer my nurse practitioner skills during times of disasters, ie. in Sri Lanka after the tsunami in 2005, in Haiti after the earthquake of 2010, and in Sierra Leone during the Ebola outbreak of 2014.

Clinical Guidelines for Treatment of COVID-19 in Nursing Home Patients, Park Clinic, Iowa Park, TX. During the height of the COVID-19 pandemic, long-term care residents with symptomatic COVID-19 infection had to be managed within the long-term care facilities. This presented a challenge because the first evidence-based research published on the treatment of COVID-19 infection did not address how to treat this special population within their facilities, but rather how to treat all adults in an acute care facility. An analysis was done on evidence-based literature to date and a clinical guideline was established for treatment of COVID-19 positive patients at three local nursing homes and one post-acute skilled nursing facility in Wichita Falls, TX. The clinical guideline addressed symptom presentation nuances in the geriatric population, isolation/quarantine of patients including those with dementia, and medical management of symptoms. Medical management included testing method and frequency; medications recommended to enhance the immune system; and medication recommendations to treat circulatory, respiratory, and gastrointestinal symptoms. October, 2020 â€“ January, 2021.

Standardizing Detection of Peripheral Neuropathy in Patients with Type 2 Diabetes, Park Clinic, Iowa Park, TX. Patients with Type 2 Diabetes Mellitus are at risk of developing peripheral neuropathy in their feet. Symptoms of peripheral neuropathy are often unrecognized by patients; however, can be detected by a healthcare provider. The literature supports that a comprehensive foot exam be done every 3 months on this patient population. Additional factors that can lead to the development of diabetic peripheral neuropathy include poorly-controlled blood sugars, hypertension, obesity, and tobacco use. Unrecognized and undetected peripheral neuropathy can result in serious consequences for the patient include infected foot ulcers, amputation, and death. Park Clinic uses an Electronic Medical Record (EMR) for documenting patient encounters. The current EMR did not include an area in which to document a comprehensive foot examination. As a result, a comprehensive template was developed and added to the EMR. May-November, 2018.

The emergence of Ebola Virus Disease in an underdeveloped country (Sierra Leone) presented many challenges in treatment. There were three Ebola Treatment Units (ETUs) in the Port Loko District of Sierra Leone and treatments were often based on best real-time outcomes, available resources, and dependent on effective communication between clinicians at the ETUs. As a clinician, I was responsible for evaluating the best evidence (real-time and via limited internet access) to determine the best treatment for our patients with Ebola. For example, patients in the ETU at Maforki (one of the chiefdoms in Port Loko) did not sleep under mosquito nets as nets were not available. Investigation revealed that the incidence of malaria in this population could be reduced if artesunate was given as a malaria prophylaxis; therefore, artesunate was added to the Ebola treatment protocol. March-April, 2015

As a clinician in Port Loko, I was tasked with performing a risk assessment at the local government hospital. The one and only physician at the hospital was quarantined after an exposure to a person with Ebola. Performing a risk assessment included evaluating current infection control procedures/processes at the hospital, reviewing current literature for infection control protocols from the Centers for Disease Control and the World Health Organization, and making recommendations for change. This applied research project revealed a major risk for exposure due to a number of issues including a lack of a secure perimeter of the hospital, inadequate triage, poor waste management, lack of adequate supplies, and inadequate hand-washing stations. This applied research project resulted in the appointment of an Infection Prevention and Control (IPC) officer for the hospital who was responsible for developing infection control policies/procedures, securing resources from the local government, and educating the hospital staff. March-April, 2015

The Ebola Outbreak of 2014 produced more survivors of Ebola Virus Disease than in all previous Ebola outbreaks combined. The support provided by various government and non-governmental agencies (international response) in the country of Sierra Leone provided an opportunity to establish a clinic for Ebola survivors. As an Ebola Response Clinician, I participated in a multidisciplinary and multi-organizational effort to set up a clinic in Lunsar, a district in Sierra Leone, which bordered the district of Port Loko. I reviewed and modified the physical assessment form and referral procedure/form to meet the needs of the patients. For example, we discovered that many Ebola survivors were having issues with vision due to complicating uveitis (a sequela of Ebola), so we set up the clinic next door to an ophthalmologist who agreed to perform comprehensive eye examinations on the survivors based on a referral from the clinician. March-April, 2015

Developed an evidence-based clinical guideline for treatment of men with low testosterone. The guideline included appropriate testosterone dosages based on laboratory results and individual variables, frequency of monitoring, and how to detect adverse effects. The guideline was implemented at a local clinic that specializes in menâ€™s health.

Funded by the Texas Higher Education Coordinating Board, Nursing Shortage

The Practice Doctorate of Nursing: Are We Ready?

A Community Approach to Weight Loss

Polvado, K. J. (2016, November). Presentation and Management of the Patient with Zika. Presented at The Zika Challenge, a continuing education offering to the MSU and Wichita Falls, TX communities.

Polvado, K., Jun, N., Miller, S., Scales, J., Simpson, R., & Whitehouse, P. (2016, October). The Human Genome Project: A Panel Discussion of the Impact on Health, Technology, and Society. I wrote and submitted the proposal and participated as a panel member and moderator.

Polvado, K. (2012, August). The Use of a Dedicated Education Unit to Increase Student Enrollment. Presented at the Texas Higher Education Coordinating Board, Austin, TX.

Polvado, K. (2007, June). The Practice Doctorate: Are We Ready? Presented at the American Academy of Nurse Practitioners Annual Conference, Indianapolis, IN.

Polvado, K. (2007, April). Barriers to the Integration of the Practice Doctorate of Nursing. Presented at the National Organization of Nurse Practitioner Faculties, Denver, CO.

National Organization of Nurse Practitioner Faculties. (2016). Academic practice partnerships: Sharing the vision for advanced practice nursing education. Retrieved from http://c.ymcdn.com/sites/www.nonpf.org/resource/resmgr/docs/AcademicPracticePartnersFina.pdf (I was a faculty contributor to this position paper.)