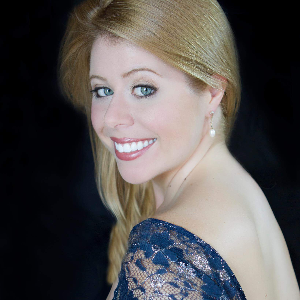 Dr. Grace Edgar holds a Doctorate in Vocal Performance with a minor in Directing from the University of Houston, a Graduate Performance Diploma in Opera from Longy School of Music, a Master of Arts in Theatre from Western Washington University, and a Bachelor of Music in Sacred Music from Centenary College of Louisiana. Before beginning her doctoral studies, she performed with Arizona Opera, Opera New Jersey, Austin Lyric Opera, Key West Pops Symphony, and The Belleayre Music Festival. As an actress, she has performed with The Traveling Lantern Theatre Company and The Growing Stage. Directing credits include The Magic Flute, Marry Me a Little, Songs for a New World, The Last Five Years and Seussical. Music Directing credits include 1940â€™s Radio Hour, Christmas Gala, Working (2012), Rocky

Dr. Edgar has given presentations at the Southeastern Theatre Festival, Harding University and the National Women's Theatre Festival including "Finding Your Voice," "Consent and Instructional Touch," and "Protecting your Spirituality." Her article â€œThe Practical Application of Viewpoints for Collegiate Opera and Musical Theatreâ€ will be published in the September/October edition of The Journal of Singing.

Additionally, she is certified to teach yoga, is an Intimacy Choreographer studying with Theatrical Intimacy Education and has served several churches as a music minister. During the 2022-2023 season she will direct The Glass Menagerie and The Merry Wives of Windsor, and music direct Peter and the Starcatcher at Midwestern State University.

Voice and Diction for Theatre THEA 1233